There are more than 40 different species of seahorses found in the world. They are scattered with a wide diversification out there. Some of them are extremely small but others are large. They blend in well with their habitat though so they are often missed unless you know what you are looking for.

There have been some fossil remains that date back about 3 million years. The fact that they aren’t often found makes it hard for experts to really know what has occurred. It is believed that they were once very large and lived in deeper waters.

The size for the various species range from ½ inch to 8 inches in height. The fact that they are so small is really amazing that they are able to live such a life in the bodies of water. They have a strong tail that can be most of the body. They also don’t have the ability to swim very well.

All species of seahorses have a very unique feature when it comes to mating. They have to become in sync with each other such as mirroring various movements. This can take several days for them to do so.

The males of all species are the ones that will become pregnant. The females deposit eggs into the pouch of the male. The number of eggs deposited will depend on the species. The smaller the species is the more eggs they will produce. The number of them can be up to 1,500 at a time.

They body of the seahorse species aren’t well made for living in the water though. They have to rest often which is why they need a place to be able to relax in water that hardly moves at all. Otherwise they risk dying due to the exhausting efforts of moving continually in their habitat.

The fact that seahorse species can change colors allows them to remain well hidden in their environment. The fact that they don’t have much in the way of defense mechanisms is important. They can fight with their tails but that will usually be with each other and not as a means of fighting off predators.

All species of seahorses don’t have any teeth so they are safe to have around people. They will swallow their food whole which is why they have a large snout. They also have to feed often during the day and night. They lack a digestive system so when they take in food it will be processed through the body at a very rapid rate. 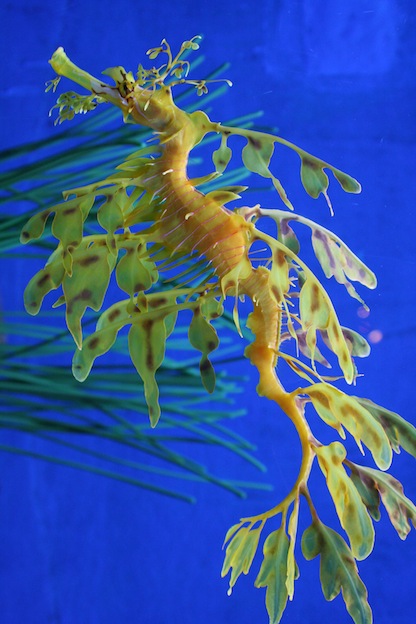 There are quite a few differences though among the various species of seahorses too. If you are interested in them you should evaluate them separately. There is plenty of information to be found out there around them. Plus it can give you great information for comparing various species with each other.

The future is unclear for many of the seahorse species. This is due to their natural habitat continually being taken away by human efforts. Pollution is very common in many of the tropical regions where they live. Even with serious efforts in some locations to protect them the numbers continue to reach very low amounts.