The seahorse is found in many different locations around North and South  America. They are typically located in the shallow tropical waters that are quite warm. They will be found living along the coral, the sea grass, and the mangroves. In Europe they are known to reside in the Thames estuary. Many of the larger species are living in the Mediterranean Sea.

Many species of seahorses are very territorial. The males often have about 11 square feet of territory. The females have up to 1,100 square feet. What they live though will influence how much area they have. In many regions that habitat range has gotten smaller and smaller.

In captivity the seahorses will be limited to a large aquarium. This can be a huge change in home range habitat for them. That is why the stress levels are very high and the survival rate low. Young in a captive state are more likely to do well because they haven’t become accustomed to the wide territory.

As a result the seahorses living in a given area have become more aggressive. They have also suffered from higher stress levels and more forms of disease. The aggressive behavior is typically when males are looking for females that they can mate with. It is also common when they are fighting for territory or food and that extends to both genders.

The corral out there where the seahorse lives offers them a place to rest. Approximately 25% of them will spend their entire live span in the corral. They may be attached to them in tiny crevices too. It really is amazing the versatility of the seahorse and their natural environment.

When you see damaged corral reefs in these bodies of water you will find that some professionals have put artificial corral into them. The goal is to help the seahorse and other living creatures to be able to use that habitat successfully for their own survival.

The seahorse lives in areas that have still water or slow moving water. That is due to the fact that they can’t swim very well. They have to anchor to various forms of coral or grass to be able to rest. When there is a terrible storm though it can upset their environment drastically. Many of the adults will die due to the movements and their bodies will become too tired to continue on. 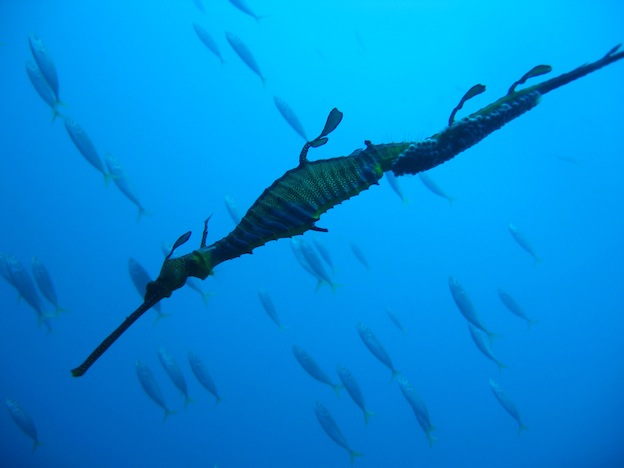 Destruction has caused very low numbers of seahorses in some areas. Water pollution is one of the main reasons why the seahorse habitat has continued to be in trouble. With the volume of commercial fishing for them as well as hunting for medicinal purposes there are millions of them removed from the wild annually.

The commercial fishing network can bring in nets that cover wide areas where the seahorse is known to live. They can take out huge numbers of them on a daily basis. They often take males that are full of eggs though and that can prevent them from being able to offer mature young to have a chance to survive in their natural habitat.

Some fisherman do attempt to return those puffed up males to the wild. However, it is often too late by the time they return to the nets to check them out. These seahorses often die due to the exhaustion of movement. When they are caught in a net they lose access to their anchor points that allow them to rest often.

Approximately 50% of the population of seahorses in the world declined from 1990 to 1995. This was a combination of natural factors as well as the efforts of humans. This was the period of time though when so many did realize that the various species out there were in serious danger.