The anatomy of the seahorse is very interesting. First they have a face that looks like that of a land horse. Of course that is where the name comes from. They don’t have any genetic link to those horses though. They are closely related to various forms of small aquatic life.

Another feature that they present is the very long snout. They use it for feeding and it often seems out of place on their overall body design. They have a large snout so that they are able to consume bigger pieces of food. They can’t break it down into pieces so what they see is what they get.

They swim in a position that is upright which is very different than the other types of living creatures they are related to. However, many people don’t realize that they don’t have the ability to swim very well. One would assume that since they live in the water they are able to do so. 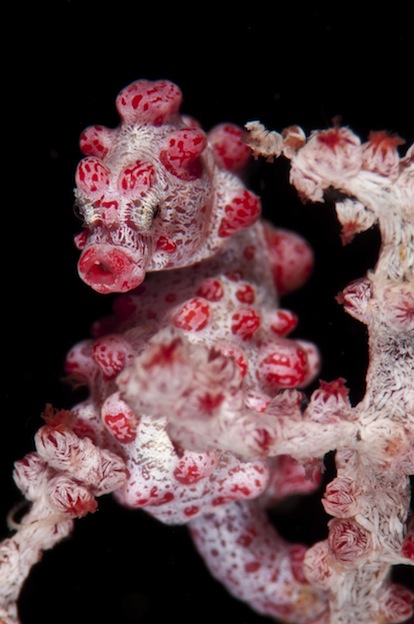 This is very puzzling to researchers as well. What has prevented the body of the seahorse from evolving over time so that they can survive in the water with ease? For example many adults die annually from the changes in the weather. When the current of the water is very fast they can die from exhaustion. They need water that is slow moving or very still.

They rely on the dorsal fin to help them move around in the water. Being the head they have the pectoral fin which assists them with the process of navigating. They have a prehensile tail which they use to pick things up and to use  them while they are in the water. They aren’t able to bend the tail backwards.

The tail is very powerful though and the seahorse will use it to fight with each other. Those fights are more likely to be among females for mating purposes. They want to attract the females. However, fights among two females for territory or food have occurred. The same with males and females in a given location.

It takes a great deal of energy for the seahorse to be able to move in the water. That is why they will rest as often as they can. They will move to find food, to find mates, and to avoid danger. They are often deemed as being lazy but one only has to really look at their body design to see that they do the best they can with what they have.

On top of the seahorses head there is a coral net which is very unique. The design of it as well as the size of it is individualistic just like the fingerprints of each human are different. They also have eyes that are large and that can move independent of each other. 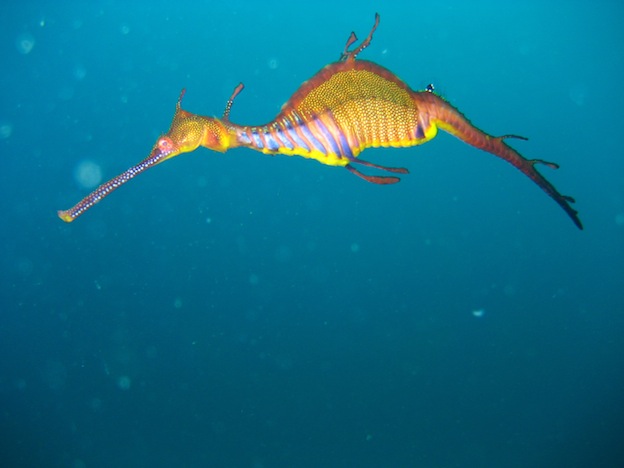 Some people believe that the seahorse has teeth but it is only a myth. None of the 40 identified species in the world have them. They don’t have any types of limbs either and that makes them very defenseless against predators or danger. That is why they are able to blend into their surroundings.

Why does the seahorse eat so frequently? They are slow eaters but they also don’t have s stomach! The digestion of what they do take in happens very rapidly so they are going to be hungry again very soon.

There are many species of seahorses that have the ability to blend into their surroundings. They do so by changing color and that is also believed to be a source of the evolution process for them to be able to survive millions of years.