The Pygmy Seahorse is one of the newest that have been identified. Since they are so tiny and they blend so well with the surroundings. They weren’t even known to exist until they were accidentally placed in captivity on some coral reef and then they were detected and closely examined.

The size is about ¾ of inch. They are one of the smallest of all species of seahorses in the world. They are often yellow or orange in color. In some locations they may be gray but it all comes down to their surroundings. Their bodies will change with color to help them blend in. They also have a slender snout compared to many other species. It does feature the prehensile tail so that it can successfully attach onto corral found in the natural habitat.

The Western Pacific is where you will find this species of seahorse living. From Southern Japan to Northern Australia you will find them. They are found in Caledonia. The shallow areas that are also very warm are where they will be living. 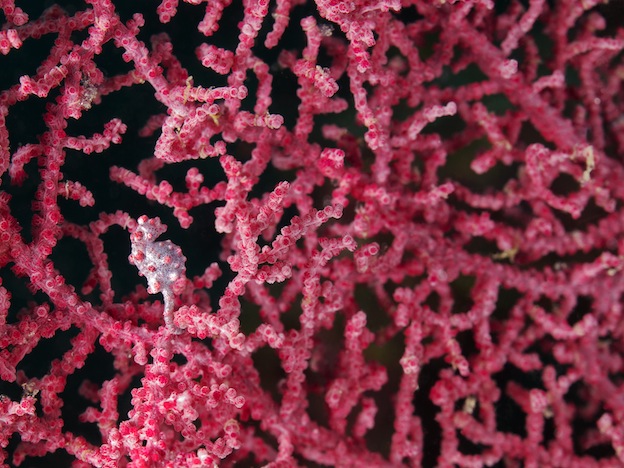 The small size of the Pygmy Seahorse makes it very hard for them to be able to live along. They attach to a host – gorgonian corals – in order to survive. The coloring of them will blend with them. This is how they are able to survive since they can’t swim well and they are too small to handle the water currents without an anchor.

This is one of the few species of seahorses that live in close proximity. They will live in small clusters that can have up to 20 adults.

Due to the very small size of the Pygmy Seahorse they can’t eat anything large at all. They tend to consume very small particles of food from their environment. Mainly this is in the form of the young Brine Shrimp but they do consume some other types of crustaceans.

They do feed very frequently due to the fact that they don’t have a digestive system. They also feed slowly though. In fact, most of their time is spent either resting or eating. During mating rituals they will eat less for a sport period of time. 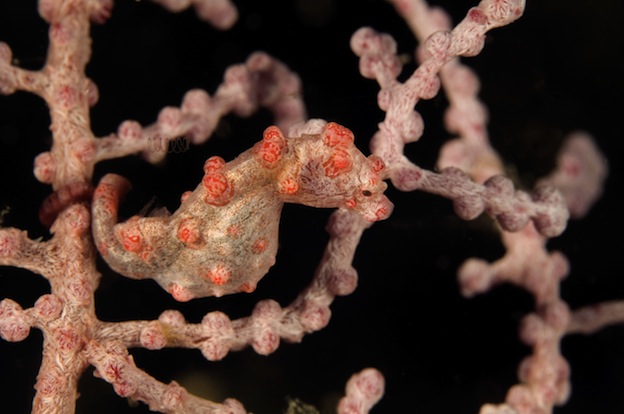 The small groups that they live in can create a very different atmosphere for mating. They may swap mates among the group. Mating is able to occur all year long as long as stress is low and food is plentiful.

Courting will occur that allows them to learn the movements of each other and to do them at the same time. Since these seahorses live in close proximity with each other though it takes them less time to complete such courting rituals as they are already familiar with the behaviors of each other.

The females will deposit eggs into the body of the male. He features a pouch that allows him to hold them. Hundreds of tiny eggs may be deposited and it can take several weeks for him to be able to give birth to them. The water temperature affects how many weeks it takes for them to arrive. The warmer it is the faster they are going to develop.

These are among the smallest of all living things in the water when they are born. They do have a higher rate of survival than most species of seahorses though. This is due to the fact that they are among the best at hiding in their natural setting. Their color allows them to blend easier than any other type of seahorse in the world. They have to care for themselves immediately after birth as there is no parental care at all.