The Pipefish isn’t a type of seahorse but rather a sub family of small fish. They do belong to the same family though. They have a body that is long and thin. They are very unique in design and that is why people often want to have them as pets.

The name of the Pipefish comes from the fact that they have a snout that is long and thin like a pipe. The body seems to have a type of armor plating around it. This helps to keep them out of danger. They have a dorsal fin to help them move but they don’t have the pectoral fin that seahorses feature.

The gill openings are very small and located by the head area. They don’t swim well due to the design of the body. They do move very slow around and they need to rest often. Some of them have the prehensile tail but many of the sub species don’t have this feature.

Both tropical and temperature temperatures are where you will find this species. There are about 200 overall subspecies of them though. Some of them live in saltwater and others are known to inhabit areas of freshwater. They live in lagoons, corral, sea grass, and even the sandy bottoms. They tend to live very close to the shore though in shallow water. 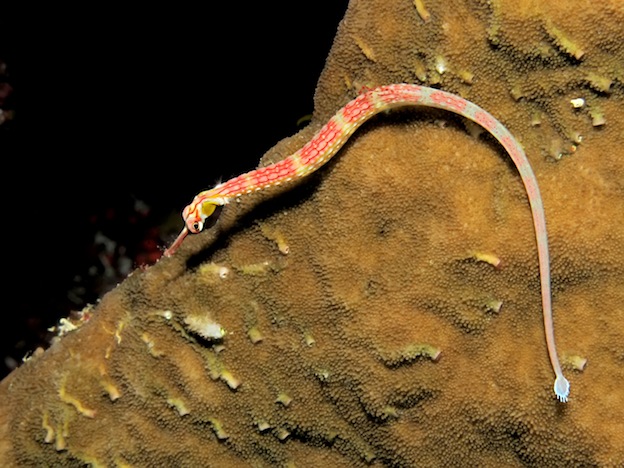 Whether you will see them anchored or not in their natural surroundings depends on if they have the prehensile tail or not. They aren’t very active creatures other than for finding food.

Crustaceans, small shrimp, and plankton are the types of food that the Pipefish consume. They have a body shape that allows them to get into tiny cracks and crevices along the corral reef. They do need to feed often though and this helps them to do so. They don’t have a digestive system so they run out of energy and nutrients fast.

They have a very thin snout and so they can’t consume sources of food that are very large at all. That can be tough if there are many larger types of prey around but nothing small enough that they can successfully swallow it whole. 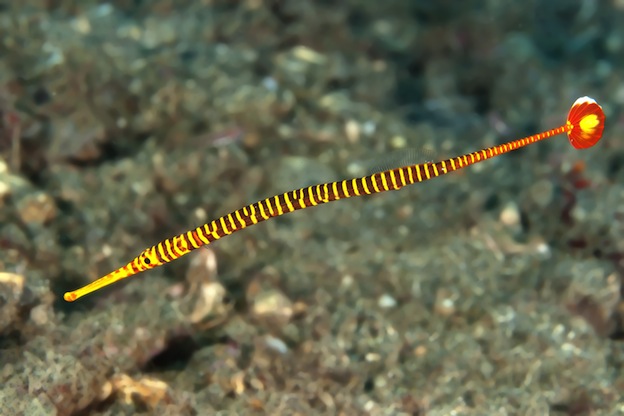 The males and the females seem to be eager to mate when they come into contact with each other. Before they do so though they are going to have to do various rituals for the courtship to continue. Before the female can pass the eggs to the male they have to be moving at the same speed in the same movements at the same time.

The males have a spongy area around the tail that they carry the eggs in. There are some sub species though of the Pipefish that feature a pouch that they will carry those eggs in. The gestation period will vary based on the sub species as well the number of young that are born.

With this species there are also those females that will choose to mate with several males. She will be able to deposit eggs to all of them and this is going to significantly increase the overall number of young that are produced. This can help to increase the population but such activity will only occur when there is low stress and plenty of food available among the current population.

For all Pipefish the young have to be able to care for themselves immediately upon birth. They also may end up being a source of food for both the mother and the father of the young. They are also victims of various predators so less than 1% of them will actually live long enough to become mature and have their own young.